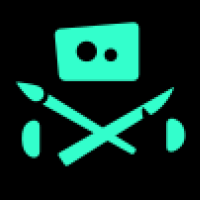 So long, and thanks for all the the Fish

It probably doesn’t come as a surprise as you maybe have seen that I didn’t update the Card Catalog on the Archive for quiet some time now. Initially I wanted to introduce a few updates to the engine last November (after I’ve got my new machine) as well as the new mobile views. Those plans have been cancelled by FFG’s decision to stop producing destiny.

This page will remain online until September which is when the Server/Domain is up for a renewal. To renew everything, I would have to pay ~ 70 US to keep this going – and to be honest, at this stage I feel I am better off investing my time and money in other things.

I have learned a lot by putting together the archive on a technical level, and most importantly how to run (or better not) a project like this. Looking back at my decisions through out the project, I should have introduced premium features or something like Patreon early on. That would have enabled me to buy a new PC earlier, and potentially helped to get more people involved. In the end, people value things they pay for higher, than “stuff ” they get for free. Another nice side effect would have been that I would have felt more accountable, if I had received a payment for something I should do.

That being said, it might come across as being bitter – but that’s not the case. As I said reflecting on what I have done, I realize that I could have done a lot of things way way better. Would I do something like this again?! Yeap a 100%. Would I do it the same way? Nope- no way. If I go for another tool like this, I would most definitely change a few things. I would most definitely use Patreon (or a different crowd funding site) and I would make numerous changes on the technical side (most pressing for me would be ‘https’ and mobile views).

I would like to say thank you to the (nearly) 250 users the DestinyArchive has had over the last 3 years!